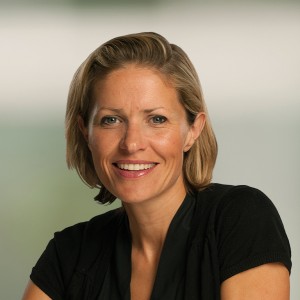 Appointed in December 2012, Amanda is responsible for developing the overarching brand strategy for all of BBC Worldwide’s businesses and formats to maximise the value of our leading international and multi-format properties. This includes leading the development of the BBC master brand internationally and creating and leading the launches of BBC Worldwide’s three new genre brands that will showcase the BBC’s premium content in drama through BBC First; factual content through BBC Earth and factual entertainment through BBC Brit.

Amanda also manages the current brand portfolio of 14 BBC Global Brands including Dancing with the Stars, Top Gear and Doctor Who whilst also developing and building new brands to protect and develop future brand revenue growth.

Amanda joined BBC Worldwide in 2003 having previously worked across a portfolio of FMCG brands at L’Oreal and at Added Value, led the development and re-positioning of global brands.

At BBC Worldwide Amanda was responsible for creating a new factual entertainment brand BBC Earth which in just four years under her leadership has moved into theatric with the launch of BBC Earth Films, found new audiences on YouTube and entered into the lucrative giant screen market.

As MD for BBC Earth, Amanda drove the re-boot of our newest franchise brand Walking with Dinosaurs taking BBC Worldwide into 3D film for the first time.