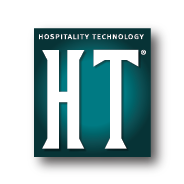 August 8, 2014 “What’s really interesting, when you start looking at the CDO role, is where they come from,” says David Mathison, founder of the CDO Club and producer of the CDO Summit (www.cdosummit.com). “Many CDOs were previously presidents, CEOs and general managers — in the advertising sector, as many as 60%. They’re entrepreneurs and have had P&L responsibilities.” Just because the pattern shows that most CDOs don’t come up the ranks from a senior technology leadership or CIO role, doesn’t mean they can’t. In fact Mathison sees the rise of the CDO position as a golden opportunity for technology professionals who want to get closer to — or ultimately aspire to be — the chief executive. “A lot of innovative IT executives have been dreaming of an opportunity like this, where they can get a budget and a headcount, and use technology to drive transformation in the business.”