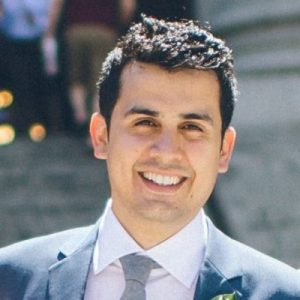 Prior to that Anand worked in business development roles at SCVNGR (a US tech startup) and The Ad Club (a regional trade association) in Boston, Massachusetts. He grew up in India and attended Boston University.

General Assembly is a global education startup focused on helping individuals and large companies build the skills they need to succeed in the digital age. Since launching in 2011, the company has raised over $110m in venture capital from investors including Jeff Bezos, Howard Schultz, Tony Hsieh, and more. GA operates in 25 cities around the world and online, has graduated over 50,000 individuals, and
works with over 100 large companies including Walmart, GE, Visa, L’Oreal, Lloyds Banking Group, and more.