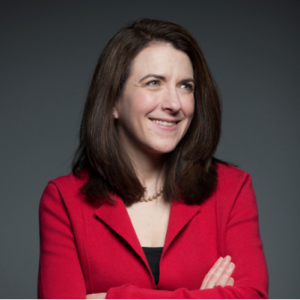 Lauren Sager Weinstein, Chief Data Officer, at Transport for London (TfL), leads TfL in using our vast amounts of system data to transform how TfL plans and operates transport in London. In a single day, TfL collects 19 million ticketing transactions, 4.5 million bus location events, and vast amounts of additional data. Under Lauren’s leadership, her team of developers and data scientists transforms that flow of data into tools for action.

She recently led the pilot that studied how depersonalised WiFi connection data from customers’ mobile devices could be used to better understand how people navigate the London Underground network, allowing TfL to improve the experience for customers.

Lauren joined TfL in 2002 as a Senior Business Planner and since then, she’s had a variety of roles and worked on a range of projects, including the launch of the contactless payment system across London’s transport network.Originally from Washington, DC, USA, she has degrees from Princeton University and from the Harvard Kennedy School of Government.

She was honoured to be included in the The Female Lead’s list of 20 role models in Data & Technology and recognised as #7 in Data IQ’s 100 in Data this year.