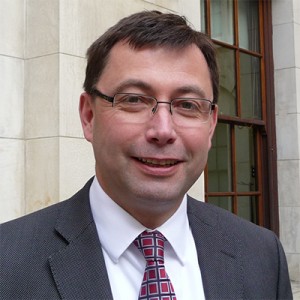 Mark Dearnley joined HMRC in October 2013. He is leading the Department’s ambitious plans to digitalise its business, as well as being responsible for one of the largest and most complex IT estates in the UK.

Mark was previously CIO at Vodafone UK where he was responsible for IT, supporting 19 million customers. He was named Oracle Global Business Unit CIO of the Year in 2012. He restructured Vodafone’s IT operating model, introduced Cloud-based technologies, and with the launch of 4G piloted real time customer experience analytics.

Prior to this, Mark spent six years at Cable and Wireless as CIO and in other senior IT roles, and three years at Boots the Chemists. He was Chief Operating Officer for the start-up of Boots.com and then Programme Director for the roll out of SAP. He began his career in the Aerospace industry and has also spent time as a management consultant.

Mark has a degree in electrical and electronic engineering from Brunel University and is a Fellow of both the Institution of Engineering and Technology and BCS, the Chartered Institute for IT.