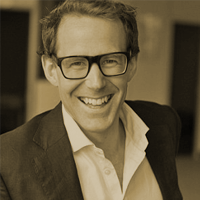 Nick is the founding CEO of Nutmeg. Following a business degree at Exeter University, Nick worked at Barclays in the areas of product, banking and wealth management. Nick was a Divisional Director at Brewin Dolphin and has an MBA from Stanford University in the United States. Nick’s industry and investment views are respected globally and he frequently appears on Bloomberg, CNBC and BBC and has been quoted in the Financial Times, Wall Street Journal and many international publications. Nick has been a guest lecturer at academic institutions including Harvard, Stanford and London Business School and has represented UKTI around the world, promoting the benefits of doing business in Britain. Nick is a non executive Director at Innovate Finance, the movement helping highlight the need for customer-orientated progression in financial services.