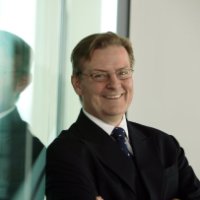 Sean Gilchrist joined Lloyds Bank in January 2014 and in this time has built a Commercial Digital function as part of Group Digital and launched a new Commercial Banking strategic online channel.

Sean’s career spans more than 25 years in the finance industry and he joins Lloyds Bank from Barclays where he most recently held the position of Managing Director of Digital Banking, UK Retail and Business Banking. He played an instrumental role in the transformation of digital banking with a clear vision focused on innovation and growth, acting as one of the drivers behind Pingit and mobile banking. Prior to this, Sean held a number of other roles within Barclays (namely Head of e-Services, Barclays Wealth) and at other financial services companies. Sean began his career on the Lloyds Bank graduate scheme.