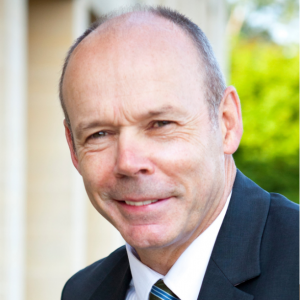 Having started my playing career with Harlequins and then graduating from Loughborough University where I played under the visionary Jim Greenwood, the majority of my club rugby was spent at Leicester playing for Chalky White, another outstanding coach. I won 21 caps for England and won the Grand Slam in 1980 playing alongside legends of the game such as Bill Beaumont & Fran Cotton. Winning the Hong Kong Sevens with the Barbarians and touring twice with the British & Irish Lions, winning 2 test caps were other highlights before finishing my career in Australia playing for Manly and enjoying their expansive style of play.

Playing my rugby in the amateur era meant my professional career started at Xerox where I was a sales director in both the UK and Australia. Upon returning to England in 1990, I set up my own Sales & Leasing company which I led for 7 years. It was at this time I started my coaching career as well, first with Henley Hawks before London Irish, Bath & the England U21’s. Determined to apply the ‘Total Rugby’ mentality Jim Greenwood pioneered I went so far at London Irish as sending the team out to play in numbers according to the alphabetical order of their surnames – total chaos ensued.

I was honoured to become England’s first full-time professional head coach in 1997. My first objective was to play a style of rugby which would get 70,000 fans at Twickenham off their feet going nuts. With the players we had I knew we could not only challenge the dominant southern hemisphere nations but actually become the world’s number one ranked team. I aimed to do so by applying the same principles I had developed within my own business.

In a period which saw the team achieve 22 consecutive wins at Twickenham, 14 consecutive victories home & away against New Zealand, Australia and South Africa, 3 Six Nations Championship wins including a Grand Slam in 2003 and becoming the world’s number one ranked team in 2002 – we were able to culminate it all by winning the 2003 Rugby World Cup in Australia. I could not be more proud of the players and coaches’ determination, will and attitude in pursing this achievement.

Having led the British & Irish Lions to New Zealand and joined Southampton FC as Director of Football, in 2006 I was delighted to accept the role of Team GB’s Director of Sport in 2006. The role saw me work with the team’s key stakeholders in the build up to our Home Games. Through this role in Beijing, Vancouver and London I was lucky enough to work with some remarkable athletes and coaches in achieving Team GB’s most successful Olympic Games to date.

As Chief Executive of Captured and my role on the IOC’s Entourage Commission I hope to continue supporting athletes’ and coaches’ development. I’m also enjoying the opportunity to work more closely with corporate partners through speaking and consultancy opportunities. In 2013 I have also joined the Daily Mail’s sports team and work with Sky Sports & BBC Sports across their rugby coverage which keeps me close to the game I love as the England 2015 World Cup approaches.