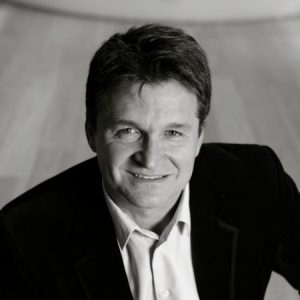 Tamer Ozmen has the exciting role of leading and shaping the Microsoft’s Digital and Enterprise Services Division. Microsoft Digital supports UK customers to Digitally Transform themselves and works with them to disrupt their business models to achieve more. By using state of the art Microsoft technologies and propositions such as Fintect, Data Insights, Machine Learning, AI, Microsoft Digital designs, develops and implements end-to-end solutions to help companies keep their competitive advantage and be relevant to their customers both now and into the future.

Prior to joining Microsoft UK, Tamer was CEO of Microsoft Turkey for five years which went through its own truly transformational journey. During his tenure, through clear vision and challenge to achieve more he tripled revenues and transformed the Turkish subsidiary into the fastest growing subsidiary within Microsoft Worldwide, where MS Turkey became the “Subsidiary of the Year” three times via achieving highest profitability and revenue growth.

Tamer went on to be the Group Vice President for Online and Multichannel at Orange. Based in the UK, Tamer was responsible for running Orange’s Online Division. He developed and executed Orange’s Digital Transformation and launched the omni channel program.